A passionate, ambitious go-getter, Paul began his career in the financial services sector. Recognised as GE Capital’s “Golden Boy” of sales, a coincidental meeting with club entrepreneur Freek Teusink on a Hurghada beach saw him make the bold decision to move to Egypt permanently in 2001. It was here the two formed the pioneering, multi-award-winning Solutions Leisure group. Re-inventing Egypt’s nightlife scene through the introduction of house music and European bands to the region, Paul ans Freek Teusink developed and grew the Hurghada Marina Boulevard to become the number one destination in the Red Sea.

Following the violence and disruption of the Arab Spring and the Egyptian revolution, Paul re-established Solutions Leisure in Dubai, UAE in 2011. Identifying a gap in the hospitality industry, not yet developed within the region, Evans and his team tapped into the middle-man sector with the build of Q43 on the 43rd floor of Media One Hotel. Today, the group is the most heavily-awarded in the region, having owned and operated over 34 venues internationally, with seven brands and nine venues in the UAE and an international expansion into Eastern Europe in play. They welcome over 140,000 visitors monthly across Q43, Lock, Stock & Barrel Barsha Heights, Lock, Stock Barrel JBR, Karma Kafé, Asia Asia, STK JBR, and STK Downtown, with two new additions set to be completed by the new year.

Hungry, strategic, driven and ambitious, Paul’s group is the most awarded leader in F&B to date with over 70 awards company-wide. In addition, he has attained a number of personal plaudits, including:

Having created a multi-million-dollar business, Paul’s perseverance to his vision, dedication and loyalty to his goals and objectives have significantly set him apart from the fierce competition he faces daily. Now in the process of driving his empire global, the most heavily-awarded bar and nightlife destination, and mastermind of the Solutions Leisure group, Lock, Stock & Barrel, is set to open in Kazan, Russia in Q2 of 2019. A key opinion leader, trendsetter and driver of the industry, Paul is, without question, a man of the moment to watch. 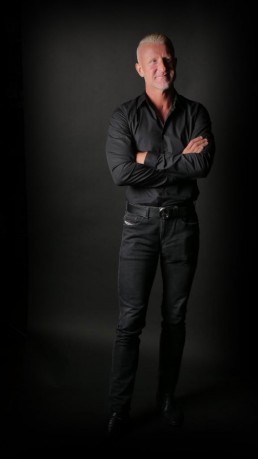